Our all-in-one game concept for indoor, outdoor and online events – an exciting concept in the style of an Escape Game with a thrilling story and great challenging tasks! 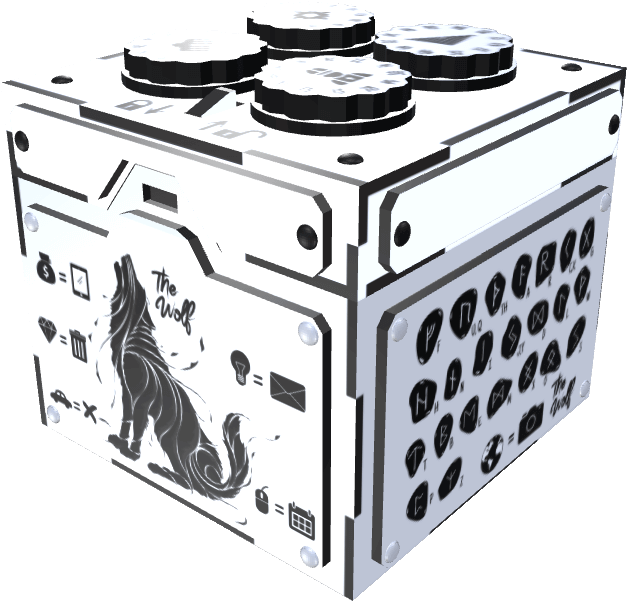 On The Hunt For The Criminal Mastermind

As a newly formed special task force of Europol, the players need to find and arrest the probably most spectacular art thief in the history of crime.

The criminal mastermind calls himself „The Wolf“. He is targeting the most valuable and extraordinary art treasures in Europe. His thefts are planned down to the smallest detail and he leaves no traces except for his wolf graffiti. With an ominous parcel he has challenged Europol to a kind of game. A strange puzzle box as well as a postcard seem to indicate the location of the Wolf.

The new special task force X7 WOLF BRAVO takes up the investigation and the players find themselves in an unprecedented chase across Europe soon.

The Highlights Of Criminal Mastermind

Our event concept Criminal Mastermind is delivered to you completely ready to play. It is the most flexible of our concepts and can be played online as well as indoor and outdoor. The concept is optimized for use in team events.

The game concept is currently available in German and English!

Flexible concept for indoor, outdoor as well as online events!

The game concept is ready to play right away!

Criminal Mastermind can be customized like all our game concepts.

As experienced agents of Europol, you welcome your client in a short briefing before the start of the game. In the briefing, the participants receive the most important information about the Criminal Mastermind – aka The Wolf – and the upcoming hunt. A separate intro video with the Europol leader Mrs. Gorodenkoff supports the immersion and the emotionalization of your participants. The hunt can begin. 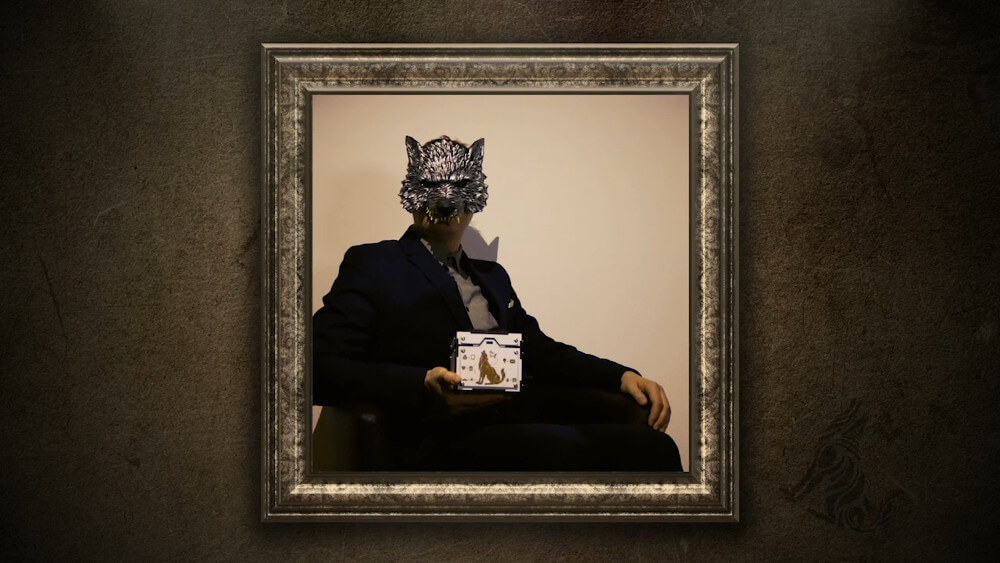 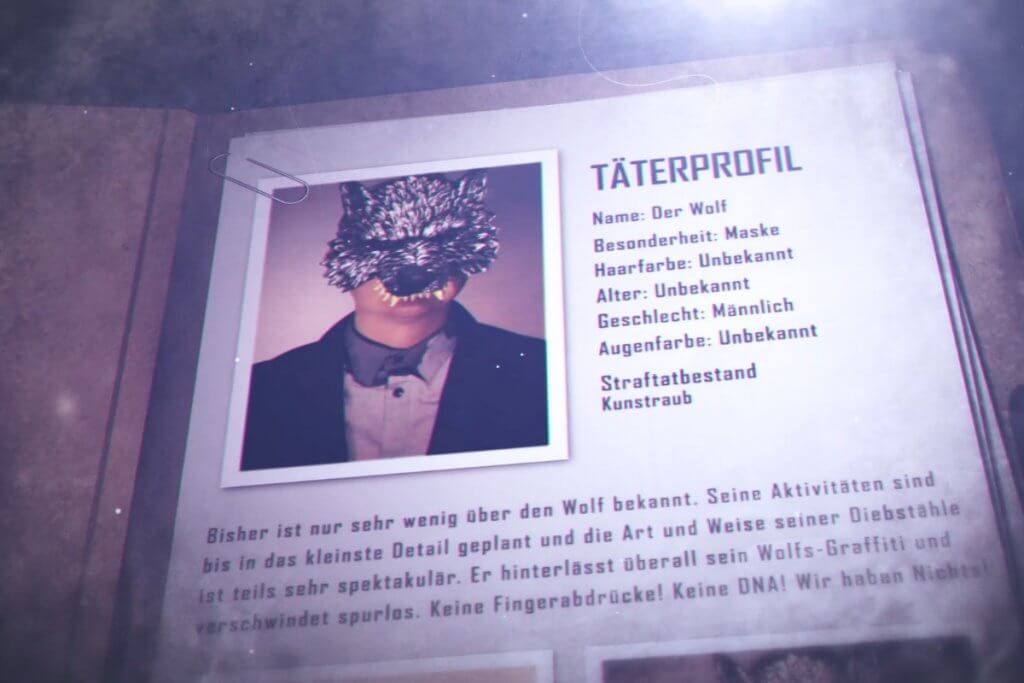 Divided into teams, the participants now try to catch the wolf on their own with the help of our software and the materials provided. In doing so, they are presented with exciting and interactive challenges in our serious games scavenger hunt or web app. The distribution of roles in the team is important for a successful teamwork. Throughout the activity, teams also collect points. The points of the other teams can be tracked in a high score. Can the hunt succeed? That remains to be seen, because a very special challenge awaits the teams at the end. At the end of the game, all teams get together, you present the teams photos within a slideshow and let the hunt come to an end in an emotional award ceremony!

Get the exciting game concept Criminal Mastermind now – plus a detailed game manual to prepare and operate the game – plus access to our Serious Games software and plus all puzzle documents, audio & video files as well as other templates for post-processing and customizing the game!
Request game concept

The basis of Criminal Mastermind

An essential part of the Criminal Mastermind game is the integration of our Mobile Serious Games software. With the help of the treasure hunt app or web app, digital elements are linked with analog materials. Through the apps, players are presented with various challenges that must be solved within the story. The team results can be objectively evaluated in the content management system and can compared with other players. 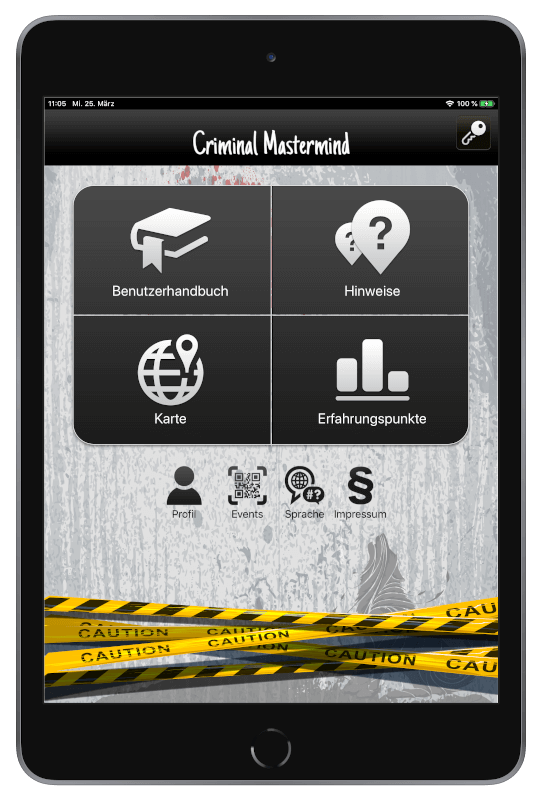 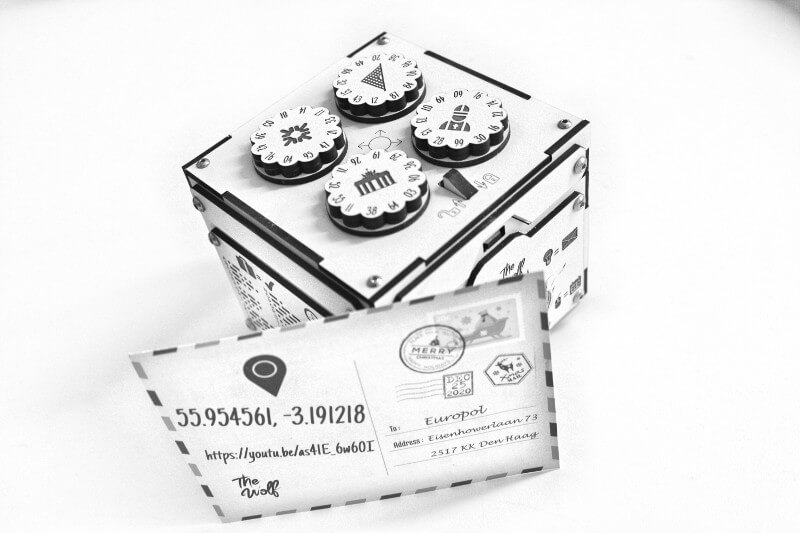 Our game concept Criminal Mastermind is supported by high quality game materials which are available in analog as well as digital form.

English
We, espoto GmbH (Registered business address: Germany), process personal data for the operation of this website only to the extent technically necessary. All details in our privacy policy.

English
We, espoto GmbH (Registered business address: Germany), process personal data for the operation of this website only to the extent technically necessary. All details in our privacy policy.
Loading details
Back
Ok
Ok